This is an experimental housing complex that sought to regenerate the shops-cum-houses in an old area of Hanoi, Vietnam. This district, popularly known as “the 36th street district”, is composed primarily of houses inhabited by traditionally large Chinese families. The buildings have narrow frontages and an unusually extended depth of 70-80 m. These high-density, low-rise buildings were considered to be a comfortable domestic environment until the changes of government in Vietnam during the 20th century.
Han,” became such a high-density city (1,000 people per hectare} that many families began to live together within one unit and even to transform courtyards into actual rooms. As a result the standard of living deteriorated.
The porosity of space: where the breeze comes through.
The objective of this project was to make a low emission, 4-storey townhouse that would not rely on air conditioning. Instead. good natural ventilation was established within a high-density environment. Were the renewal of the old city to progress in accordance with this model, our research shows that it would be possible to realise an environmentally friendly model for a compact city. The porous layering of Space Blocks would achieve this. However, this project was finally built within the University campus. The porosity ratio (exterior ratio) is 50% and the courtyards intertwine three-dimensionally with the building volume itself. The way of stacking the boxes was determined by CFD (computer fluid dynamics) analysis and by ensuring privacy between neighbours.
The wind analysis that we implemented in this project became a starting point for how we conceive of an architecture with “fluid direction”. This approach seeks to design by flow, rather than by the organisation of objects in space.
We were able to create fluid design by having air movement where it would seem no air could flow. People in this area have the experience and knowledge to use such exterior spaces for a variety of activities , such as dining . There are only a few courtyards that are open to the sky; all exterior spaces are filled with strong natural light, coming from the north. A flat double roof shape was adopted in this project, since the flat roof is traditional in Vietnam. a country that used to be a French colony. The double roof reduces direct heat loads. The size and shape of vertical slits on the upper surface of the roof were also determined by CFD. 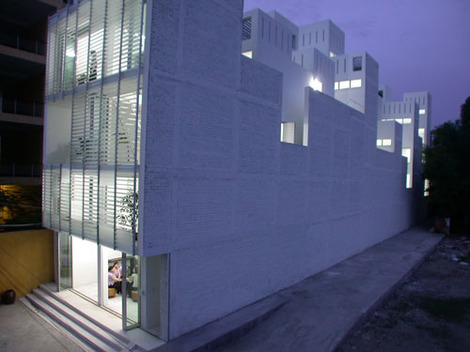 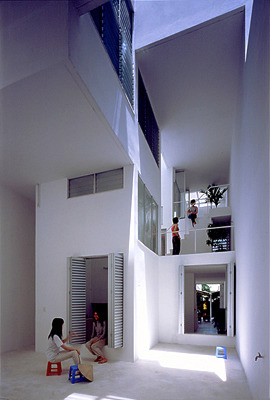 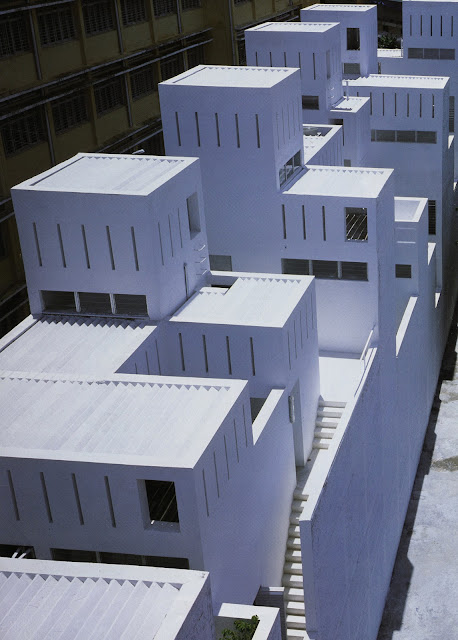 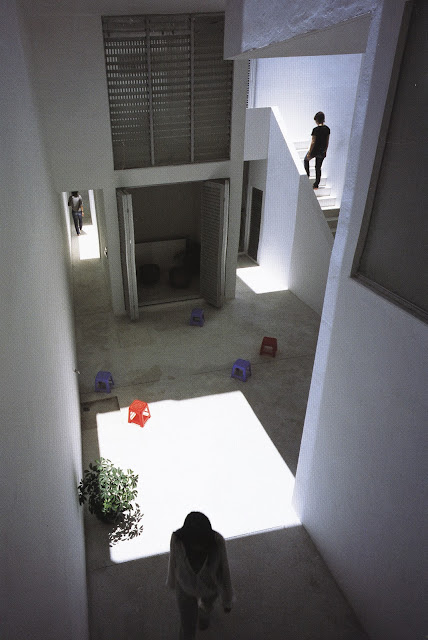 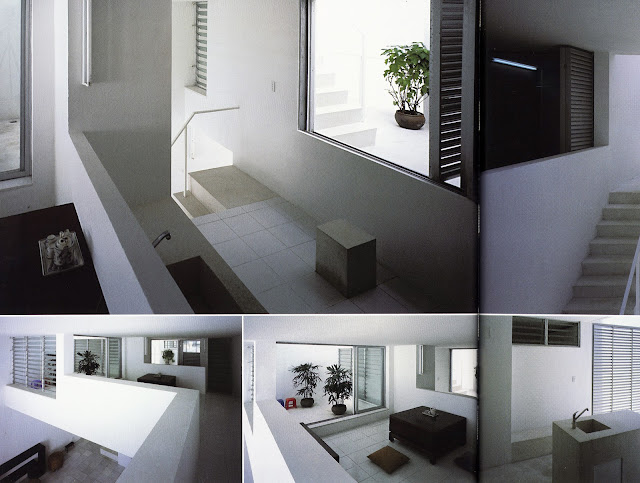 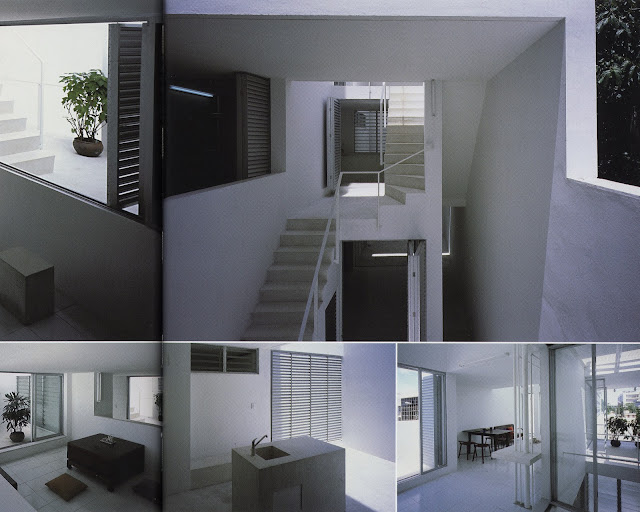 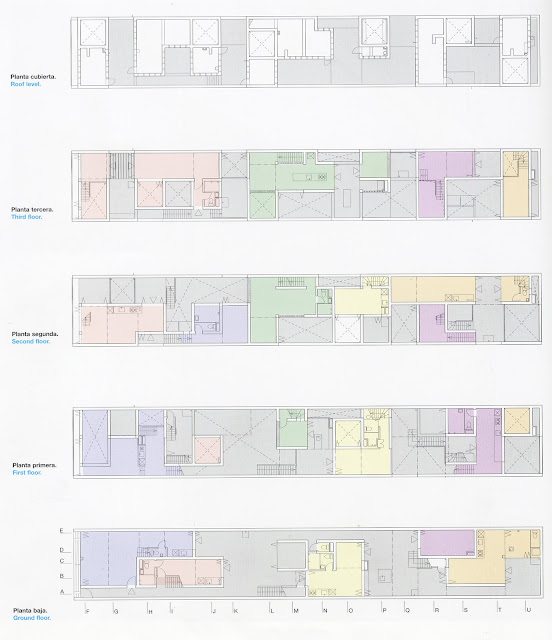 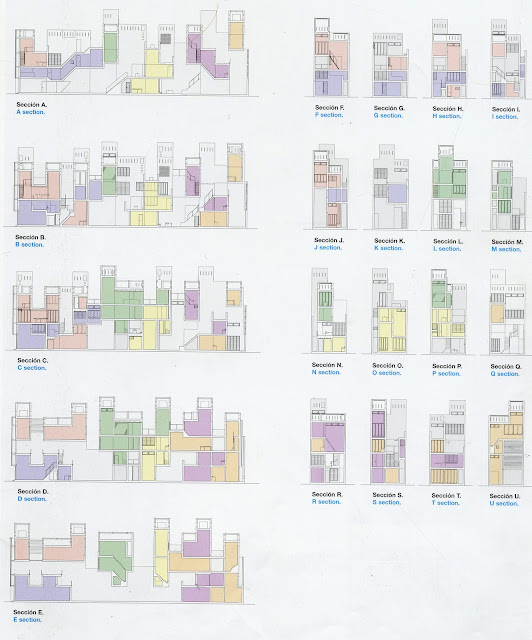 This is the aspect of the project in 2010, 7 years after its conclusion. 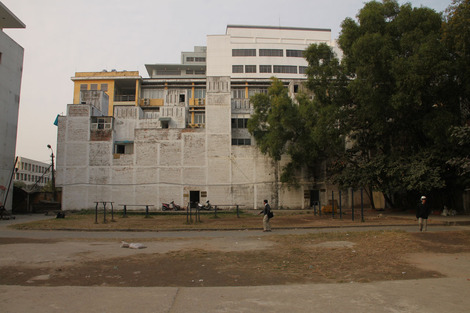 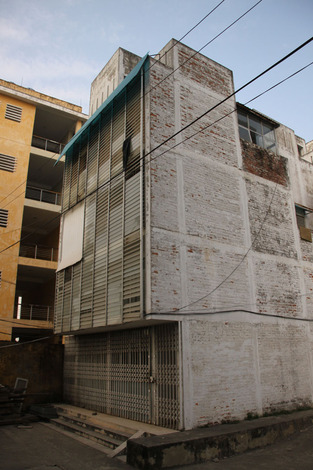 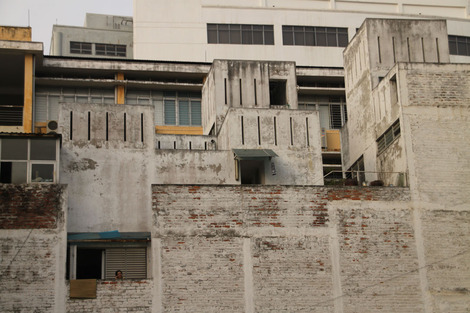 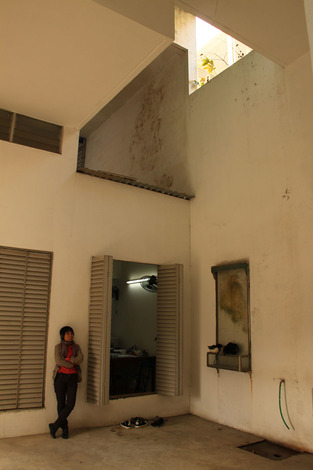 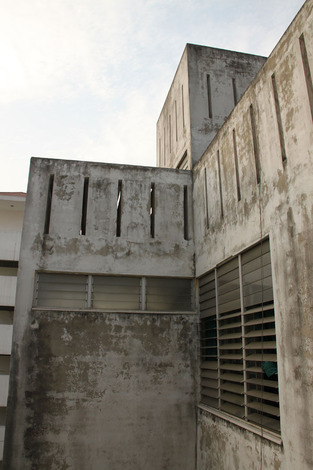 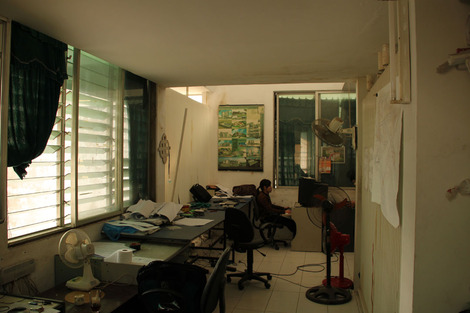 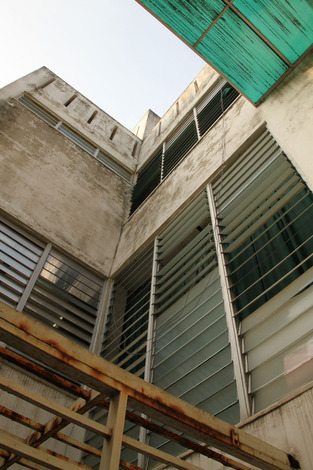 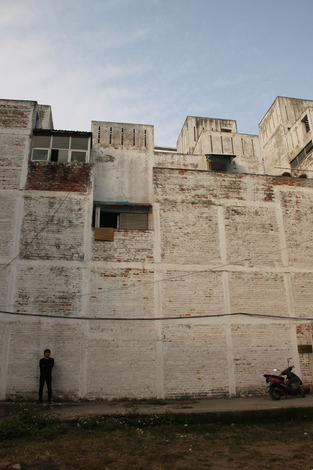 The One Who is Memorious

I met him in the dining room of a hermitage I was visiting. He was mopping the floor as I was waiting alone for my lunch. Sun was blazing outside, letting know all beings of its ominous presence. From where I was sitting, I could see across the green meadows, until my eyes hit the dry shrubs and mountains beyond. From inside, it was...

Architectural photographer Hélène Binet’s new book capturing her photographs of Suzhou Gardens of China, a UNESCO World Heritage Site has portrayed something which very few photographs can convey- the transcendental meditative qualities of these gardens. While paging through the photographic essay, I found myself immersed in the tranquil nature of the gardens around the stucco walls, telling stories of yesteryears. It reminded me of...

There are things, some of them passing strange, what happens when one confronts a work of art: (i)unfolding of the heart; (ii) its expansion; (iii) its agitation; and, finally, (iv) vibration.    — from a reading of Kavyartha (Theory of Poetry) Introdution: Vincent van Gogh was a complete and utter failure in everything that seems important to his contemporaries. He was unable to start a...

How Green Buildings can fight Covid-19

When Covid 19 pandemic was upending our lives, I was thinking how green buildings can be helpful to prevent diseases. Here are few tips that designers could be mindful of.

Autumn Sonata (1978) cuts deep into a woman, even if she recoils from it. We are all some mother’s daughter, whether we were cherished or abandoned, spoiled or abused. Both of the film’s stars, Liv Ullmann and Ingrid Bergman, had daughters as well as celebrated careers. But when Bergman left her husband for Roberto Rossellini, she went years without seeing her daughter from her...

A House From Kerala

‘A house From Kerala’ is a beautiful documentary which shows how a 300 year old wooden house was saved from being demolished and instead it was dismantled and moved 2000 km away to be rebuilt again. Architect Pradeep Sachdeva from Delhi took the grand inititaive which gives us an insight into how ingeniuos was architects of yesteryears.

OfficeUS, the U.S. Pavilion at the 2014 Venice Architecture Biennale, was conceived as a working architecture office that explored the ways in which U.S. architectural practice has influenced the discipline around the world over the past 100 years. OfficeUS Atlas is a new book that compiles and interprets the research assembled in the exhibition’s OfficeUS Repository, an archive of nearly 1,000 projects produced by U.S. offices...

TASCHEN’s Modernism Rediscovered brought to light for the first time some 300 forgotten architectural masterpieces, drawn from photographer Julius Shulman’s personal archives. Paying tribute to houses and buildings that had slipped from public view, Shulman’s stunning photographs uncovered a rarely seen side of California Modernism. This extensive volume brings hundreds more architectural gems into the spotlight. The photographs, most of which are published here...

In Robert McCarter’s Carlo Scarpa monograph, Austrian architect Peter Noever tells an astonishing tale. In 1974, he and Scarpa toured the Adolf Loos made American Bar in Vienna. The moment they entered Scarpa started evaluating the space. He ordered champagne for the ladies…… who were present and a measuring tape for himself. Scarpa then continued to measure everything down to the exact millimeter. When...

Carlo Scarpa was one of the second generation of Modern architects – however, as a son of Venice, he was sensitive to that city’s old-fashioned culture (unlike most modernists), and made his reputation through a number of commissions and renovations in which he used Modern methods and spatial concepts to transform Venice, rather than crudely eliminate its ancient identity. He understood that the past...

Are you a trivia whiz who knows his Alto from his Ando? Which bespectacled architect set the trend, nay stereotype, for round eyewear across the profession? Whose eyebrows are on fleek? The Distinguishing Features Game, is one of more than 60 infographics featured in Archi-Graphic, a book from publisher Laurence King. Author Frank Jacobus, an associate professor at the Fay Jones School of Architecture at...

All too often, the architecture books you see on other people’s coffee tables allow you to wallow self-indulgently in the pure sensuousness of the pictures, and the thinly worded script might as well not exist. Don’t get me wrong. I like to immerse just as much as the next man, but this is something Robson does not allow you to do. This is not...

In Which Annie Gives It Those Ones

In Which Annie Gives It Those Ones (1989) is an Indian National Award winning film featuring  Arundhati Roy, Indian superstar Shahrukh Khan ,Arjun Raina and Roshan Seth in the leads, the film directed by Pradip Kishen makes an excellent judgment on the environment of an architecture school in Delhi – which everyone from a creative discipline may relate to. It also takes a satirical glimpse of the ongoings in...