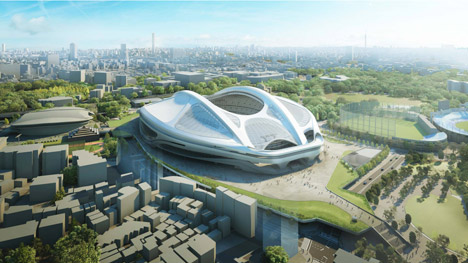 It was supposed to be completed by 2018 before the Rubgy World Cup. 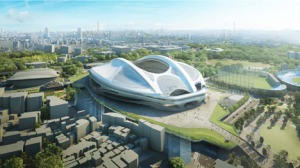 The huge 80,000 seater winning stadium proposal caused controversy right after its announcement. Leading Japanese architects such as Fumihiko Maki, Kengo Kuma, Toyo Ito , Sou Fujimoto voiced their discontent with the new proposal. Sou Fujimoto told the Architects’ Journal that the campaign was set up because Zaha Hadid’s building will be “too big” in relation to its surroundings, which include Kenzo Tange’s iconic 1964 Olympic stadium. [1]Arata Isozaki, another respected Japanese architect, in a lengthy statement to the media last year likened the proposal to “a dull, slow form, like a turtle waiting for Japan to sink so that it can swim away”. [2]Fumihiko  Maki organized a symposium including architect Toyo Ito, Sou Fujimoto, Kengo Kuma protesting the giant stadium.

The expenditure estimates spiraled to almost double from initial estimates of £672 million (130 billion yen) to £1.3 billion (252 billion yen).[2]Under this growing controversy Shinzo Abe, the Prime Minister of Japan cancelled the proposed stadium and told the press that they would start over from zero.

“We’ll go back to the drawing board,” Mr Abe told reporters. “The costs ballooned far beyond the initial plan and there was a great deal of criticism from the Japanese people and athletes.” He added: “The Olympics are a party for our people, and they and the athletes, each one of them, are the main players. We need to make it something that they can celebrate.” [2]

Following the Prime Minister’s announcement, Zaha Hadid Architects issued a statement emphasising that the ballooning costs were not caused by the design of the stadium itself. “It is not the case that the recently reported cost increases are due to the design, which uses standard materials and techniques well within the capability of Japanese contractors and meets the budget set by the Japan Sports Council,” it read.

This signifies an important change on discourses of architecture. The architects were almost oblivious to public needs and demands. They turned a deaf ear to them. Maybe after this event they would turn to their fellow architects and common people to hear their concerns. The almost generic style of Hadid’s design also added fuel to the controversy. Though it came out as a winner from an architectural competition, it lacked regional balance and fine tuning when it was to be placed in a sensible sites of Japan. The original design – planned to replace Tokyo’s now-demolished 1964 Olympic national stadium – was ‘oversized’ and would have a negative impact on the nearby Meiji Shrine gardens. Therefore, a refined attitude containing sense of place was essential.

All the times architects are not the actual criminal. The requirements from the government also plays a crucial role. The Olympics itself is a huge expenditure propaganda and many a times after the completion of a game the infrastructures could not be utilized as planned. Whether it is Beijing or London the game sites remains almost vacant giving very low returns. Therefore, while designing such a structure the country should remember the fate of other constructions made for similar purpose. The requirements also needs to be considered carefully in future so not to make what Arata Isozaki calls a ‘monumental mistake’ or ‘disgrace for the future generations’. [3]

Addressing the finer nuances of contexts within a structured setting, keeping the hoary traditions of Japan in mind and taking aid of the modern technologies will hopefully make way for a sensible design which will be accepted by critics and audience alike. If implemented successfully, this could possibly change the future discourses in architecture. 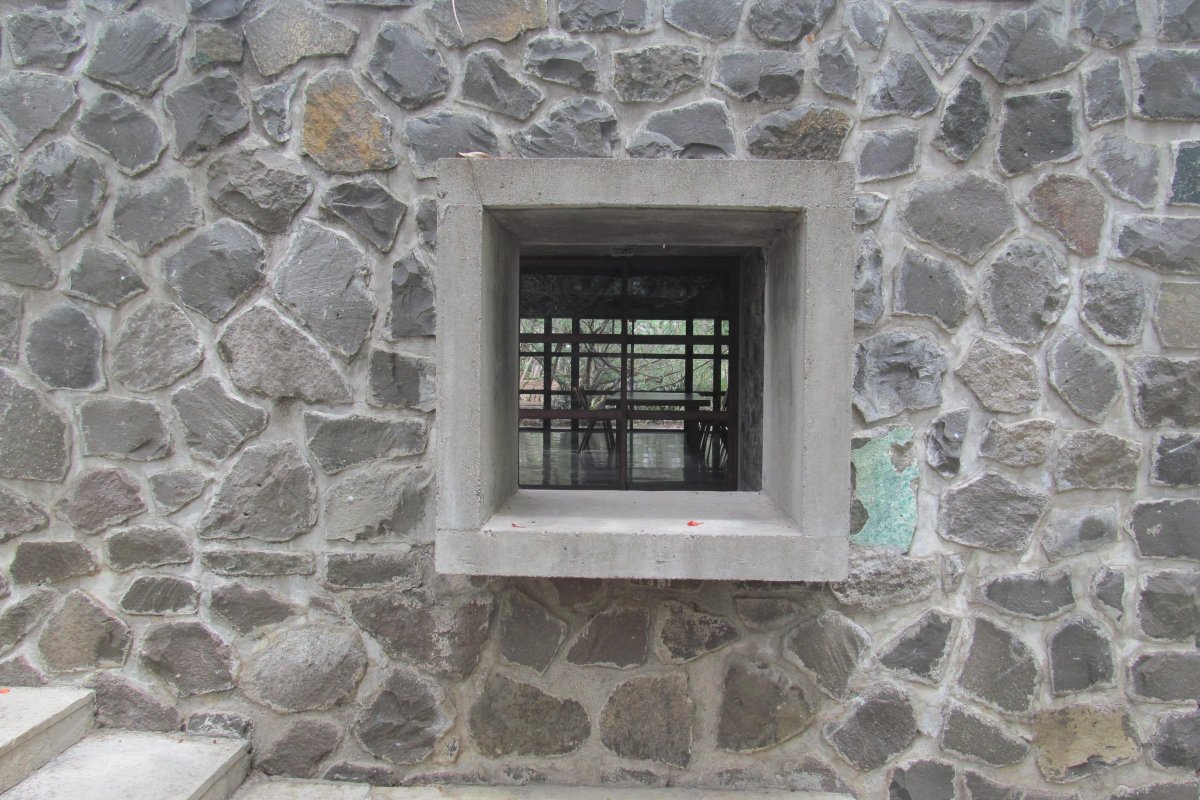 The One Who is Memorious

I met him in the dining room of a hermitage I was visiting. He was mopping the floor as I was waiting alone for my lunch. Sun was blazing outside, letting know all beings of its ominous presence. From where I was sitting, I could see across the green meadows, until my eyes hit the dry shrubs and mountains beyond. From inside, it was... 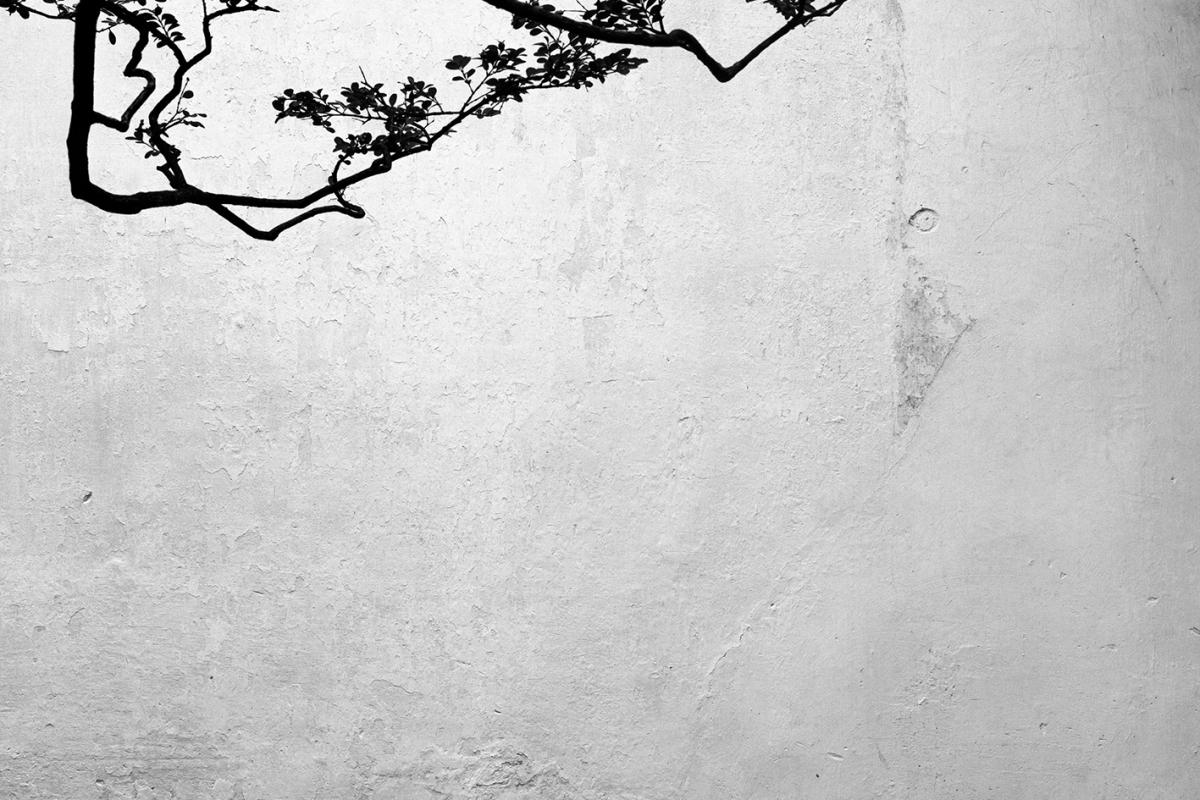 Architectural photographer Hélène Binet’s new book capturing her photographs of Suzhou Gardens of China, a UNESCO World Heritage Site has portrayed something which very few photographs can convey- the transcendental meditative qualities of these gardens. While paging through the photographic essay, I found myself immersed in the tranquil nature of the gardens around the stucco walls, telling stories of yesteryears. It reminded me of...

There are things, some of them passing strange, what happens when one confronts a work of art: (i)unfolding of the heart; (ii) its expansion; (iii) its agitation; and, finally, (iv) vibration.    — from a reading of Kavyartha (Theory of Poetry) Introdution: Vincent van Gogh was a complete and utter failure in everything that seems important to his contemporaries. He was unable to start a... 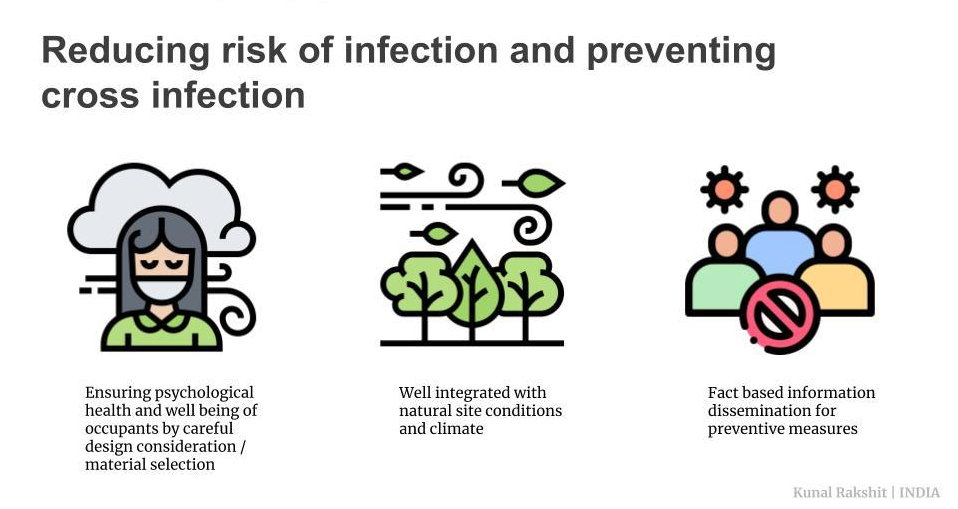 How Green Buildings can fight Covid-19

When Covid 19 pandemic was upending our lives, I was thinking how green buildings can be helpful to prevent diseases. Here are few tips that designers could be mindful of. 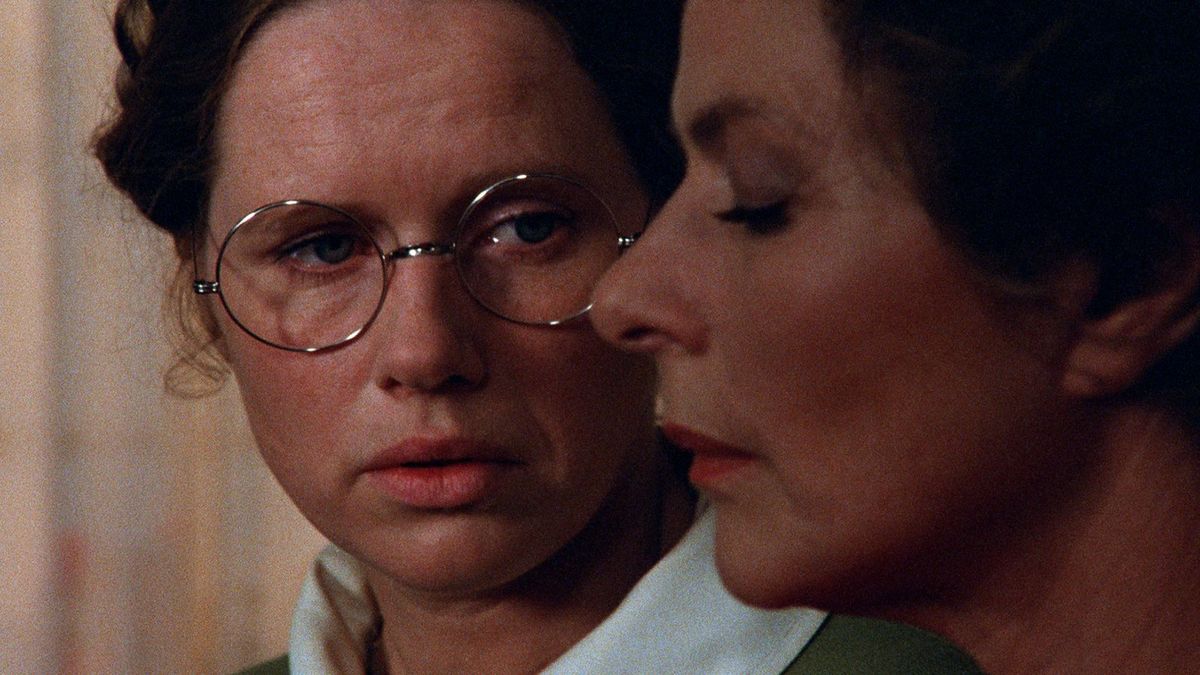 Autumn Sonata (1978) cuts deep into a woman, even if she recoils from it. We are all some mother’s daughter, whether we were cherished or abandoned, spoiled or abused. Both of the film’s stars, Liv Ullmann and Ingrid Bergman, had daughters as well as celebrated careers. But when Bergman left her husband for Roberto Rossellini, she went years without seeing her daughter from her... 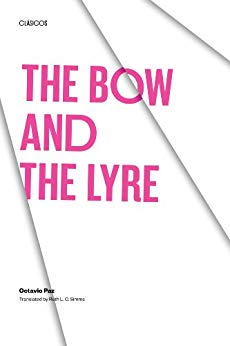 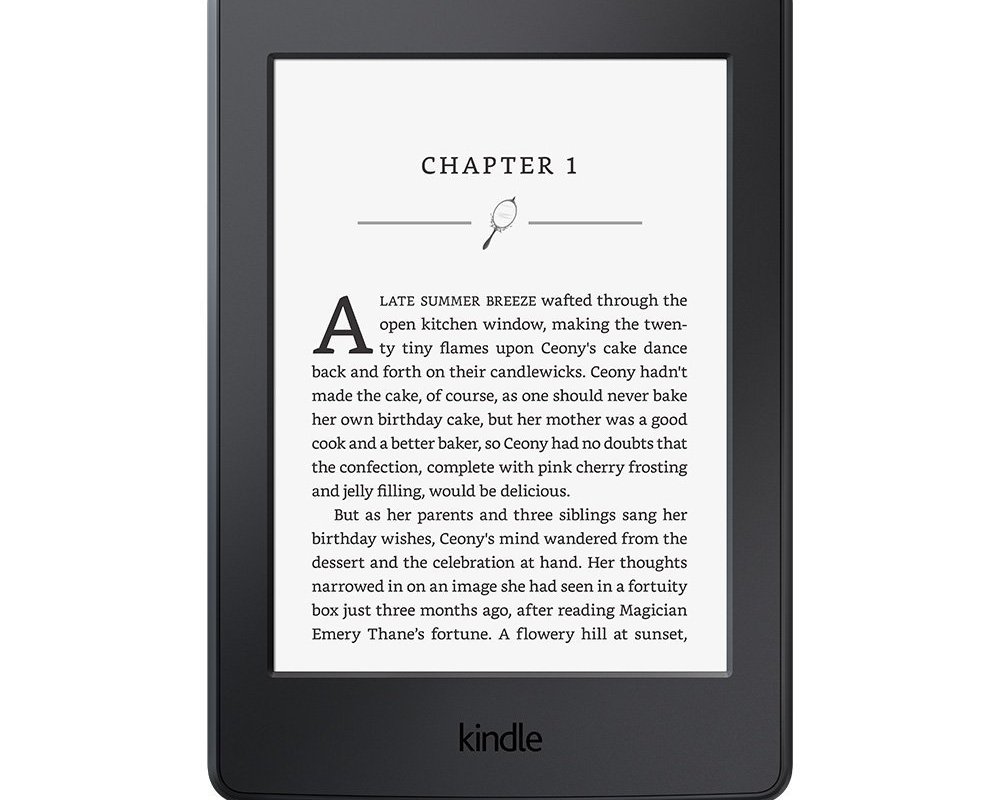 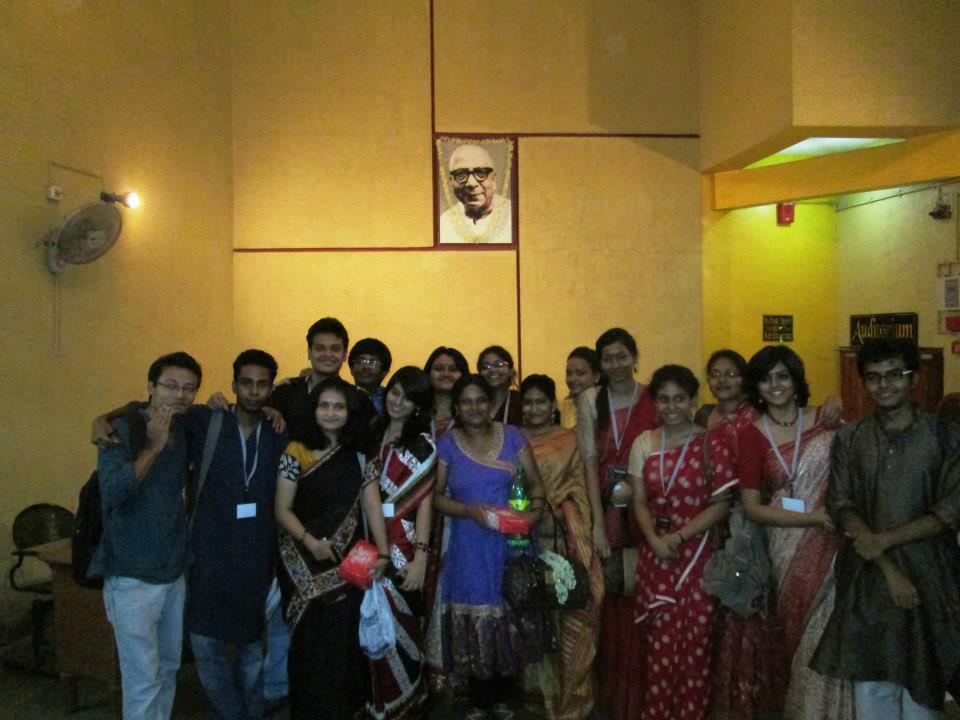 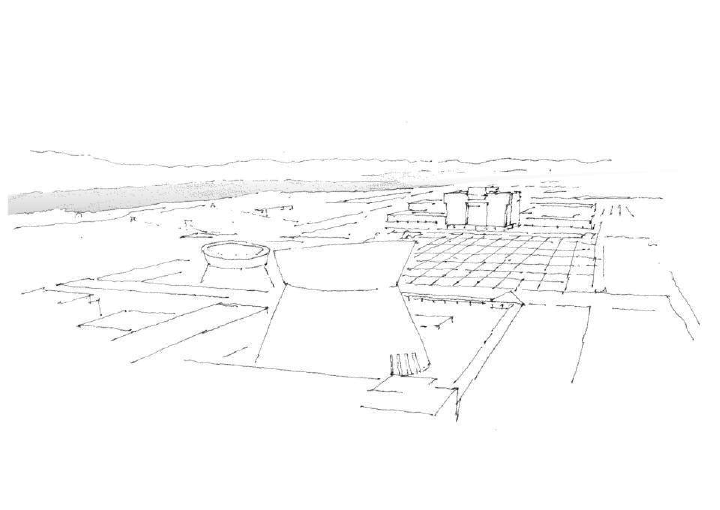 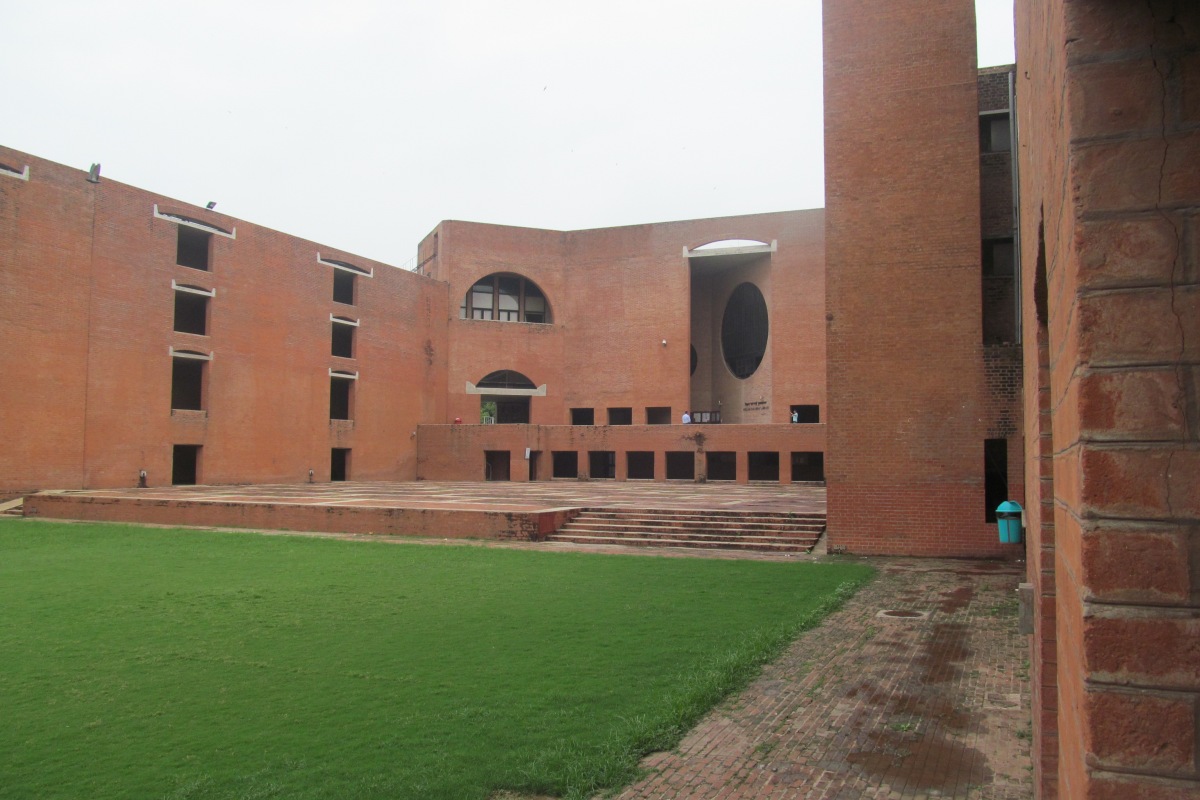 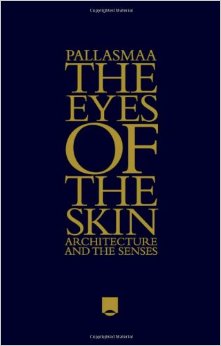 A House From Kerala

‘A house From Kerala’ is a beautiful documentary which shows how a 300 year old wooden house was saved from being demolished and instead it was dismantled and moved 2000 km away to be rebuilt again. Architect Pradeep Sachdeva from Delhi took the grand inititaive which gives us an insight into how ingeniuos was architects of yesteryears. 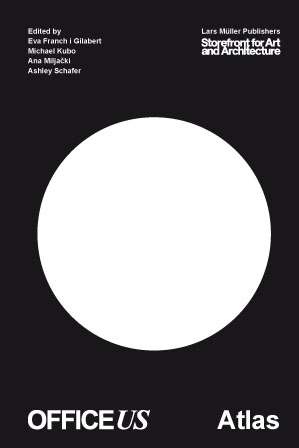 OfficeUS, the U.S. Pavilion at the 2014 Venice Architecture Biennale, was conceived as a working architecture office that explored the ways in which U.S. architectural practice has influenced the discipline around the world over the past 100 years. OfficeUS Atlas is a new book that compiles and interprets the research assembled in the exhibition’s OfficeUS Repository, an archive of nearly 1,000 projects produced by U.S. offices... TASCHEN’s Modernism Rediscovered brought to light for the first time some 300 forgotten architectural masterpieces, drawn from photographer Julius Shulman’s personal archives. Paying tribute to houses and buildings that had slipped from public view, Shulman’s stunning photographs uncovered a rarely seen side of California Modernism. This extensive volume brings hundreds more architectural gems into the spotlight. The photographs, most of which are published here...

In Robert McCarter’s Carlo Scarpa monograph, Austrian architect Peter Noever tells an astonishing tale. In 1974, he and Scarpa toured the Adolf Loos made American Bar in Vienna. The moment they entered Scarpa started evaluating the space. He ordered champagne for the ladies…… who were present and a measuring tape for himself. Scarpa then continued to measure everything down to the exact millimeter. When...

Carlo Scarpa was one of the second generation of Modern architects – however, as a son of Venice, he was sensitive to that city’s old-fashioned culture (unlike most modernists), and made his reputation through a number of commissions and renovations in which he used Modern methods and spatial concepts to transform Venice, rather than crudely eliminate its ancient identity. He understood that the past...

Are you a trivia whiz who knows his Alto from his Ando? Which bespectacled architect set the trend, nay stereotype, for round eyewear across the profession? Whose eyebrows are on fleek? The Distinguishing Features Game, is one of more than 60 infographics featured in Archi-Graphic, a book from publisher Laurence King. Author Frank Jacobus, an associate professor at the Fay Jones School of Architecture at...

All too often, the architecture books you see on other people’s coffee tables allow you to wallow self-indulgently in the pure sensuousness of the pictures, and the thinly worded script might as well not exist. Don’t get me wrong. I like to immerse just as much as the next man, but this is something Robson does not allow you to do. This is not...

In Which Annie Gives It Those Ones

In Which Annie Gives It Those Ones (1989) is an Indian National Award winning film featuring  Arundhati Roy, Indian superstar Shahrukh Khan ,Arjun Raina and Roshan Seth in the leads, the film directed by Pradip Kishen makes an excellent judgment on the environment of an architecture school in Delhi – which everyone from a creative discipline may relate to. It also takes a satirical glimpse of the ongoings in...